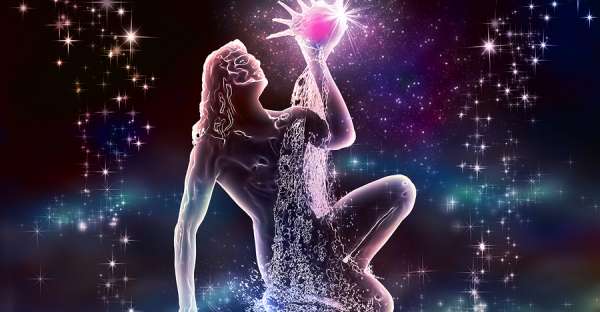 The pressure is finally easing up in 2015, Aquarius. Saturn has been working you hard since 2012, by making a very hard angle to your stars. You may feel a bit beaten down, but all the more strong and mature as a result. You can bid farewell to the constant testing and hardships that you've braved and conquered. This year is finally bringing the fruits for all of the arduous labor you've so devotedly mastered. You've been laying down powerful career foundations that you can build on in the new year, Water Bearer. Every level of your integrity has been tested, and you've earned the respect from both friends and colleagues.

You will continue to master boundaries and owning your authority this year. It's all about working that status, baby! You've kept your eye on the prize, and in 2015 you're so close you can practically reach out and grab it. Your social and love life may have had to take a backseat in 2014, but this year you've got Jupiter taking a stronger role in the relationship department without the overshadowing of Saturn. Luck comes through partners or partnerships until August. 'Partner like a rockstar' is the motto of Jupiter in Leo in your relationship zone. The one caveat to the moving- on-moving forward-adios-Saturn-story is when the Cosmic Taskmaster moves back into your career zone for one final clean-up job in June. You'll have the entire summer to get your career in tip-top shape, Aquarius. Once you get into mid-September, it's on to the bigger and better horizons of long-term goals, expansive collaborations and high flying.