How To Find Your Soulmate 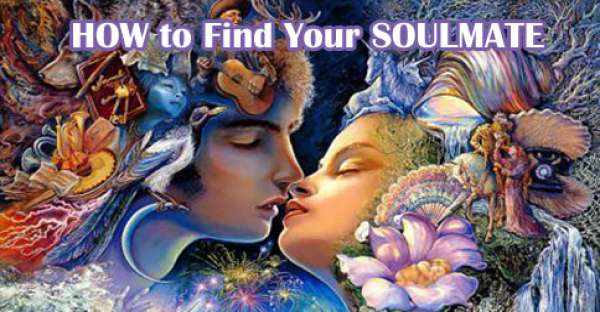 Learning how to find your soulmate (or at least someone extremely compatible to you) can be a difficult, painful process--particularly if you let the steps negatively affect you. However, it's not really that difficult of a process if you use the law of attraction.

So, what is the law of attraction? Well, as Esther Hicks says, "what you're thinking and feeling and what you're receiving are always a match." In other words, what you think and feel determine the quality of the life you live. Esther and others take this idea to a quasi-mystical place and say that the universe shifts with you to make your desires happen; however, it seems to me that one just aligns themselves with how things work in the universe and then things work for them because if things work and you work at making them work, then eventually, they will. Though either interpretation is ultimately up to you to decide on, the process itself will give you results.

So, how do you get started? Well, the first thing that you need to do is clarify what you want. To do this, consider past relationships and what you'd like in a new one. What didn't you like before? What was missing? What would have improved things? Etc. But deep down, most people know what they really want--they just won't let themselves admit it.

And this is where blocks come in. Many people have major relationship blocks--negative thoughts and feelings--that prevent them from finding a person they're really compatible with. Some people think "they're living in a fairy tale" or "that could never happen to me". And what's sad is that very rarely are they thinking they need a fairy godmother or enchanted tea kettles: usually, they're just thinking about a guy who while embracing at least a semi-feminist attitude is still gentlemanly and full of integrity, that's nice to her and her friends and family as well as embodying certain traits she finds attractive like intelligence or style or taste in music or deeds done or money (though, this is rarer than most men think). But what's sad is that they don't believe it's possible to find this person in the world, and then use this belief to settle.

Though, those are not the only blocks, of course, they are some of the most powerful for the women I've spoken to about this issue. But men of course have the same issues just differently--particularly those of us who have yet to overcome the element of physical attractiveness. However, blocks of fear are also common: "what if--?" or "girls/guys like that don't... (some negative, gross over-generalization about how others like the exact opposite of you)" or "I never want to be hurt again... " etc.

As you work on these blocks, you'll begin to see immense changes in your life...