Mysterious Artifacts That Are Allegedly Alien 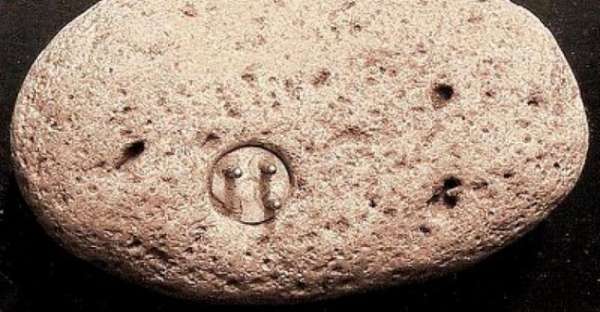 The quest for truth, whether aliens exist and whether they have ever visited earth, isn't a new journey. Even ancient civilizations have left clues which lead modern researchers and experts to believe that they either had the same questions... or perhaps the answers. Ignoring stories of human abduction by aliens, and UFOs believed to be alien spacecraft, every now and then an object is located which further fuels the age-old debate. Here are 10 Mysterious Artifacts That Are Allegedly Alien. Have a look for yourself and see what you think.

One particularly interesting artifact is the Russian 'UFO' Tooth Wheel. Found by a Russian man in Vladivostok (the administrative capital of the Primorsky Krai area), this object which was embedded in coal resembles a piece of tooth wheel. Although not uncommon to find pieces of old discarded machines, this artifact is interesting because it is made of nearly pure aluminum and is artificially made. The strange part of this story is that researchers have deduced it is almost 300 million years old and, obviously, couldn't have been created by humans as we didn't figure out how to make aluminum of this shape and purity until 1825.

Another interesting artifact is the Williams Enigmalith. In 1998 a hiker names John Williams, dug up a strange-looking rock that appears to have an electrical component attached to it. The device could only be 'man-made'. Williams, who is himself an electrical engineer, has examined the rock and determined that the electronic component embedded in the stone hasn't simply been glued into the granite; the rock probably formed around the device inside. Geological analysis has apparently determined that this stone is approximately 100,000 years old which, if true, means whatever device might be inside it definitely isn't of human creation.

Perhaps most convincing of all is the Sri Lanka Meteorite Fossil, which is the remains of a meteorite that fell in Sri Lanka. The researchers who analyzed the remains found that it was more than just a 'space rock' – it appeared to contain an alien artifact (in the most literal sense): it was a rock made of actual aliens. Essentially the studies have found that the meteorite actually contains fossils and algae that are of extraterrestrial (in this case, other-worldly/'outer space') origin. Professor Wickramasinghe claims this particular fossil provides the most compelling evidence of panspermia (the hypothesis that life exists in the Universe and is spread by meteorites and other space debris).

All of 'alien' artifacts on this list could be OOPArt (out-of-place-art), which are objects of historical, archaeological or paleontological interest that are found in unusual or seemingly impossible contexts. OOPArt challenges conventional historical understanding either by being “too advanced” for the level of civilization existing at the time or by showing “human presense” far before humans were supposed to exist. OOPArt is often the result of mistaken interpretation or a mistaken belief about a particular culture due to previous lack of knowledge. However, there are believers who cite OOPArt as proof of alien life. Take a look at these ten mysterious artifacts that are allegedly alien and decide for yourself. Hoax, or proof of alien life on Earth?