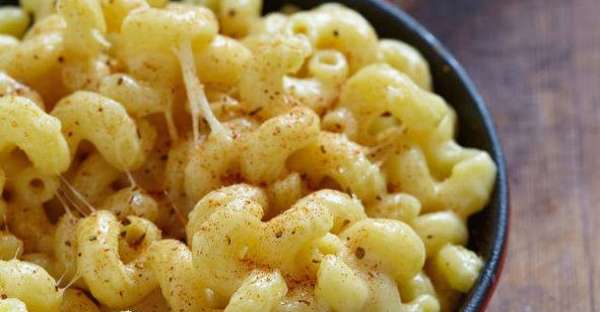 This Slow Cooker Mac and Cheese Recipe is the best meal to come home to after a busy day at work. This classic macaroni and cheese recipe combines evaporated milk, parmesan cheese, romano cheese and cheddar cheese for the ultimate creamy dinner that the whole family will love. This easy recipe doesn't take a lot of preparation, and only requires about three hours in a slow cooker. Would you believe that variations on the macaroni and cheese recipe have been around since as early as the 14th century? Pasta and cheese casserole recipes were recorded in the Italian cookbook known as Liber de Coquina, which is one of the oldest cookbooks around. This medieval pasta and cheese recipe used fresh; hand cut pasta that was sandwiched between a yummy mixture of melted cheese and butter.

A slow cooker, also known by the trademark name of Crock-Pot, is a countertop electrical cooking appliance that is used mostly for the simmering of a variety of different recipes. Slow cooking recipes requires maintaining a relatively low temperature when compared to other cooking methods such as baking, boiling, and frying. The slow cooker allows for unattended cooking for many hours of stew recipes, pot roast recipes, soup recipes, boiled dinners and other suitable dishes, including dips, dessert recipes and beverages. Crock pots are especially useful for busy cooks, that work during the day.

Evaporated milk, which is also known in some countries as unsweetened condensed milk, is a canned milk recipe that is shelf-stable. The recipe differs from sweetened condensed milk, which contains added sugar. Sweetened condensed milk also requires less time to process since the added sugar inhibits bacterial growth. This fact makes it an attractive food for shipping as it has a shelf life of months or even years, dependent upon the fat and sugar content. This made evaporated milk very popular before refrigeration came along as a safe and reliable substitute for perishable fresh milk, which could be easily shipped to locations that didn't have the means of safe milk production or storage. Pasta is a staple food ingredient that you will find in homes around the world. Pasta is also a staple ingredient of traditional Italian cuisine and recipes, with the first origins dating all the way back to 1154 in Sicily, Italy. Pasta is also commonly used to refer to a wide variety of pasta dishes. Fresh pasta recipe was traditionally made by hand, and sometimes with the help of simple machines. Today you will have pasta available in many varieties of from fresh pasta to commercially produced pasta made by large scale machines. There are over 310 different types of pasta, known by over 1300 documented names. Pasta comes in both dried and fresh varieties in lots of shapes and pasta varieties. In Italy, the names of the different types of pasta shapes can often vary with each region in Italy.

Learn MORE / Get RECIPE at 12 Tomatoes