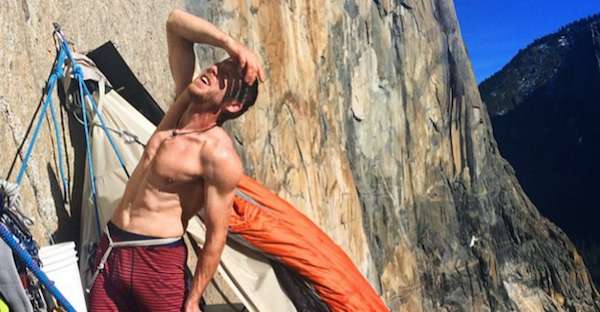 In life, the only thing that makes the possible impossible is the prefix "im" and it's funny how we could also read that as "I'm," which could also mean that it's just you who could make things happen or not happen. This word is not in the vocabulary of climbers Kevin Jorgeson and Tommy Caldwell. Their adventure to climb the world's hardest rock to climb with bare hands is enough proof that they meant to defy the impossible.

The duo became popular after they have made a world record of being committed to climb the hardest climbing mission to date and it's none other than the 3,000-foot-high Dawn Wall that can be found in the Yosemite National Park in California. Although they were attached to safety ropes to prevent them from any lethal accidents if they fall, they still weren't using any rope to support their climb. They just relied on their bare hands to scramble up the ridiculously steep mountain wall of the Yosemite National Park.

This isn't the first time these two daredevils tried this climb. The Huffington Post reported that the duo even attempted it twice but were unsuccessful because the mission is almost impossible. But despite failing their first 2 attempts, they went back to it to once again face the challenges of reaching the top of this mountain. They have also been updating their social media accounts like their Facebook and Instagram to document their incredible journey.

It has been a week and they are almost halfway their mission. Such dedication is indeed inspiring. They are also lucky that they have their cellphone service working and that they can also watch some Netflix shows inside their tents whenever they take a break.

If you want to know more about this impossible climb, check out the website “Elite Daily” below.