The MOST Expensive Horses in the Entire World 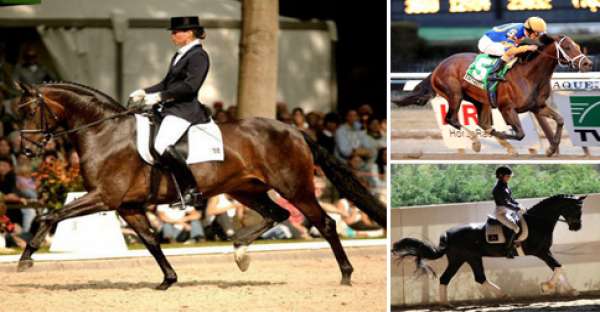 If you are a horse lover you will likely have watched all the great horse movies. Ever wondered what horses are valued at?

While Secretariat and Man o' War may be the most famous horses ever, they are far from the most costly.Movie lovers are familiar with horse films like “National Velvet,” “The Black Stallion” and “Black Beauty". There are great horse movies about taming wild horses like “Flicka” and “The Horse Whisperer.” There have also been movies about famous horses, like “Seabiscuit,” “Phar Lap”

and “Shergar.”Racing aficionados are certainly familiar with horses that ruled the tracks. Aside from the aforementioned Phar Lap and Seabiscuit, we have had Citation, Red Rum, Secretariat,Seattle Slew, John Henry and Desert Orchid. And of course, there was Man o' War, a horse so famous that he held his own during the roaring 20s when names like Babe Ruth, Jack Dempsey, Bobby Jones, Knute Rockne and the Four Horsemen of Notre Dame ruled the sporting world.While Secretariat and Man o' War may be the most famous horses ever, they are far from the most costly. Here are two of the 10 most expensive horses in the world.

Shareef Dancer was an American-bred thoroughbred. It was stabled in the Godolphin Stables of Mohammed bin Rashid al Maktoum in England. Its impressive line included Northern Dancer and Sweet Alliance. It was entered into a race five times, winning three times and placing second once. Its most impressive wins were in the Irish Derby Stakes and the King Edward VII Stakes, both in

1983. It was also declared as the UK Middle Distance Horse of 1983. He is the damsire of Dubai Millenium.

Annihilator came from the line of Niatross, the winner of the Little Brown Jug and the Meadowlands Pace in 1980, and Wish Me Wings. Annihilator was considered to be a very athletic horse that possessed a lot of pace, which a lot of racehorse owners value. It also made for a very good show horse because it had a beautiful dark chocolate mane. Read on for the top 10.

Learn MORE at The Richest